You are here: Home / sledging / Why don’t they just stop?

Surely the Aussie cricketers must be tired of it.

Because, yet again, after a famous victory the headlines are not about their superb performance but about their behaviour.

And all around the world, lovers of cricket have had their opinions of Australian cricketers and indeed, Australians reinforced: they’re great at sport but you probably wouldn’t invite them over for dinner.

Yet there is so much about the Aussie team to admire: they are skilful and professional, impressively competitive and generous in praise when opposition players succeed; they play attractive cricket and, crucially, in interviews away from the game it is clear they are decent, good-humoured, interesting people.

And yes, they are not the only ones to sledge and abuse on the cricket field. Players from other nations are certainly not perfect. But it’s quite simple – ask 100 cricket fans who the worst offenders are and 95 will say ”Australia” and the five who don’t will be Australian.

Why don’t the Aussies want to change this? 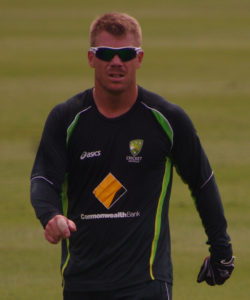 Surely they must be over it. Wouldn’t Steve Smith vastly prefer to be answering questions about the brilliance of Starc and the improvement in Mitchell Marsh? Are they not thoroughly sick of being regarded as callous, uncouth bullies when they know that this is not actually what they are?

Apparently not. In Steve Smith’s words: “I think that’s the way we play our best cricket, when we’re aggressive, we’re in the fight together, we’re hunting as a pack as one and we’re working for each other and backing our mates up on the field. That’s part of being an Australian, in my opinion.”

This belief, that the Aussies need to sledge to succeed, has been glibly trotted out by Australian players for years. And no-one seems to call it out for what it is: infantile, delusional nonsense.

Do the Aussies seriously expect that international cricketers won’t play as well if they are sledged?

Judging by this game, if anything the opposite is more likely.

Take the example of Aiden Markram. After he was involved in a mix-up leading to the run out of AB de Villiers, David Warner hollered uncontrollably in Markram’s direction and the Aussies then delighted in emphasising to Markram what a mistake he had made. The result? In Aussie wicketkeeper Tim Paine’s words, ”it didn’t work.”

You bet it didn’t work! Markram went on to make a sublime 143, prompting Michael Holding in commentary to say the young opener had arrived at Test level.

Also in this match, the Aussies dished out a protracted verbal barrage at Quinton de Kock. And the result? Well, de Kock ended his form slump with a brilliant 83 and now seems like he’ll be a real force for the rest of the series.

And what about the sledging Mitchell Starc directs at batsmen? Away from the cricket field Starc presents as smart, generous, warm and likeable. On the field, he is close to the best bowler in the world and is capable of producing spells of reverse swing reminiscent of the great Wasim Akram.

But whenever a batsman has the temerity to be unable to lay his bat on a few of Starc?s sublimely curving balls, he contorts his face into a ghoulish sneer and barks out a stream of invective. Is this what makes him such a good bowler? Do his verbals somehow transfer to the ball and make it conducive to reverse swing?

Of course not. The notion that the Aussies must sledge or lose their competitive edge is illogical, lazy and silly.

There is another way: play with every bit of their usual aggression – bowl bouncers, dive to save fours, run hard between the wickets, grind the opposition into the dust – sure. This type of ruthlessness is admirable and makes Aussie cricket fans like me intensely proud of our side.

But cut out the nonsense. Stop the sledging. Stop barking like dogs, stop hurling abuse, stop the gibberish. In short, stop behaving like toddlers.

And the result? The standard of the Australians’ cricket will be unaffected.

And all the other noise will stop!

They won’t have to be always defending themselves in press conferences; they won’t regularly be lighting up social media for the wrong reasons.

And in time, they will come to be regarded in the light of Rod Laver, John Landy, Evonne Goolagong Cawley, Pat Rafter, Jason Day, Doug Walters and Adam Gilchrist: Australian sports people respected for their prowess and admired for their grace.