Can you name every country in which the World Cup has been played?

If that’s too easy (and it might be harder than you think) can you name them in order from most games to least?

Have a think – write a list even – and then scroll for the answers. 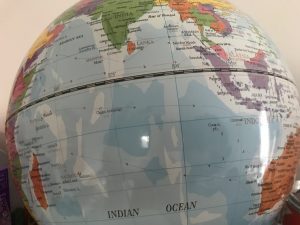 Before writing this I had thought India was the second country ever to host a World Cup match – but it was actually fourth (read on for second and third to be revealed!) After hosting 17 matches in each of 1987 and 1996, India then held 30 matches in 2011. As things stand it is listed as the sole host for the 2023 edition – which would see it bring up its century as it chases down England’s total.

I had forgotten just how big the 2003 event was! 54 matches in all were held, with the vast majority in South Africa; the tournament began on 9 February and didn’t finish until six weeks later on 23 March. And, as an Aussie, I am obliged to point out Australia went through the whole event undefeated. And did so again in 2007.

Co-hosts of the 1992 and 2015 events with Australia, the Kiwis did a great job both times, with the national side riding a wave of public support as they went deep in both events, only to fall at the semis (in 1992, when they hosted 14 games) and the final (in 2015, when they hosted 23). And then everyone forgot about cricket again and went back to rugby.

Pakistan kicked off the 1987 tournament a day before a match was played in India and as such, has the distinction of being the third country to ever hold a World Cup match. The country hosted 10 games in 1987 and 16 in 1996. It will be a triumphant day for cricket the next time a World Cup match is held in Pakistan – hopefully it is not too far away.

Okay, so far it has been easy enough – most big cricket fans should have got the top seven – possibly even in correct order. Now it gets more challenging.

To a percentage of you who know too much about cricket and not enough about geography, it may come as a surprise that the West Indies is not a country – it’s a group of countries that combine to play cricket. I can remember the late great Tony Cozier often pointing out that the concept of the ‘West Indies’ really only existed when it came to the cricket team and the University of the West Indies. Bangladesh also feature in the tie for eighth place – it hosted seven matches in 2011.

A whopping seven teams feature in equal 12th. Five are nations of the West Indies – if the West Indies was to be treated as a single entity then it would jump to equal third place with Australia, with a total of 51 matches being held in the 2007 World Cup.

Zimbabwe technically hosted six matches in 2003 but only five were played, with England boycotting their game against Zimbabwe in Harare.

And, to round out the group on equal 12th, Wales has also hosted six matches, and, by virtue of a sinlge match in 1983 has the honour of being the second country ever after England to have staged a World Cup game.

Hands up if you got this one! Yes, the World Cup has been to Kenya – although only one of the two matches due to be hosted there in 2003 actually took place, with New Zealand forfeiting their game against Kenya.

Equal 20th – Ireland, Scotland and Netherlands – each with 1 match


While some cricket fans might remember Scotland and Ireland each hosting one game in 1999 who of you remembers that Netherlands did too? Can you recall who played? The historic game – the only World Cup cricket match ever played in continental Europe – was on 26 May 1999 and saw South Africa defeat Kenya by 7 wickets.

So there you have it: in all 22 separate countries have hosted the Cricket World Cup. How many did you get?